I just made it onto the train home.  It was crowded, it was hot and I was exhausted. There was one seat remaining that was right between two people. I usually don’t like to squeeze in between people but I did not want to stand for the 45 minute ride.

I plopped into the available seat, exhaled, tilted my head back, and closed my eyes. I needed a moment of silence, to rest my eyes from starring at a screen all day, and clear my mind in preparation for getting home to the kids.

It started with some rustling. I had my eyes closed but I could tell that the woman next to me was looking for something in her purse. Then the smell hit me. I initially recognized the smell as  barbeque chips. 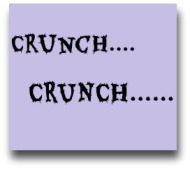 The sound was so LOUD that it startled me and my eyes flew open. The I heard it again….. 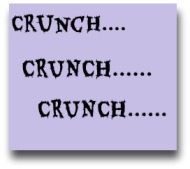 I looked to my left and the woman next to me was eating barbeque flavoured corn nuts. Corn nuts? Corn nuts.  I realized that one never realizes how smelly and noisy corn nuts are until one is  trying to get some rest after a long day at work.

I tried to close my eyes again and tune out the sound but I had become so aware of it that I could hear every crunch. This went on and on until she got off at the stop just before mine (about 35 minutes)

Based on this experience and other of a similar nature I have decided to send a suggestion to the Transit Commissioner asking that a they add a Banned Substances section to their Rider Code of Conduct. The banned substances would be as follows:

Do you have anything you’d add to this list?

2 thoughts on “Banned Substances on the GO”

Talk to me: Cancel reply